Press Releases
Dove Holes Attempt To Cycle The Distance….
62 volunteers from the Dove Holes team attempted to cycle the distance from Land’s End to John O’Groats in 24 hours on three exercise bikes (about 1,400 KMs). 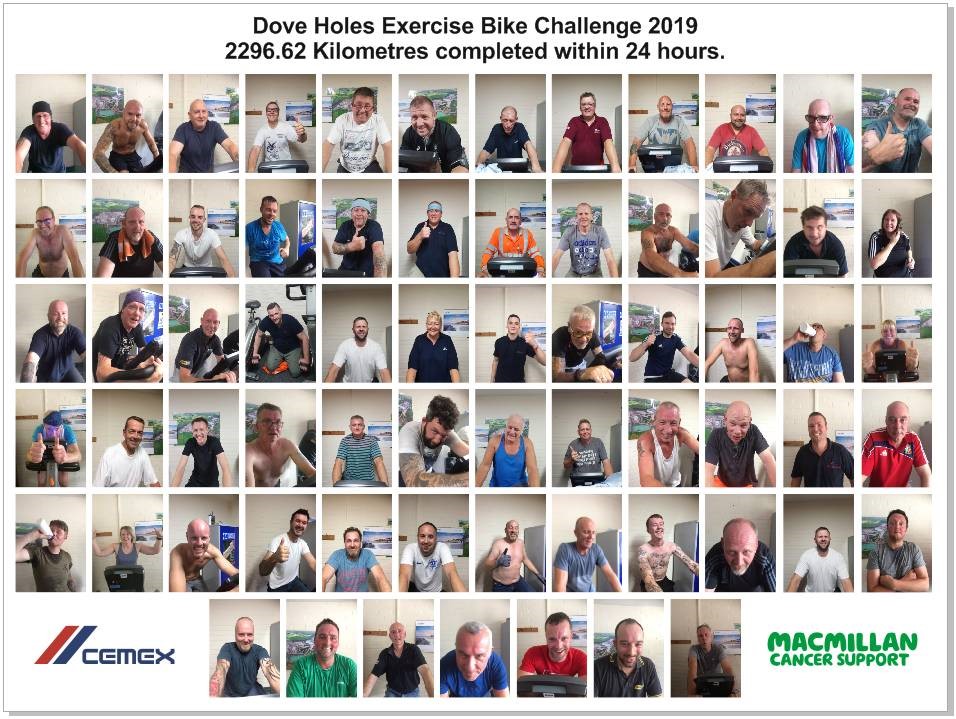 The team were raising money for Macmillan Cancer Support and participant ages ranged from early 20s to early 60s, but everyone put in 110%. The idea was for every volunteer to complete as much distance as they could in 60 minutes and then swap over, obviously this quickly became a competition for some of the team, some even completed two hours. D Heathcote covered the most distance in 60 minutes – 45.19kms and H Gill covered the most distance in two one hour stints – 83.76kms. J Berry managed an incredible 20.21kms using his hands and arms because he had recently had an operation on a delicate part of his body. Roger Taylor, Operations Manager for DSM, remarked he could not believe the commitment and effort every one of the volunteers put in to complete this event.

They had a couple of malfunctions along the way: a bike wouldn’t record the distance being travelled but luckily the company they hired the bikes from were quick to respond and brought them a replacement within three hours, and they also had a trouser malfunction but the less said about that the better!

The Dove Holes team didn’t only manage to get from Land’s End to John O’Groats, but they got over half way back again by completing an astonishing 2,296.62kms, that is an average of 35kms for each person. There is a great buzz going around the quarry about this accomplishment.

Well done to all who took part.